Daisy Head Mayzie is a special that debuted on TNT in 1995. It was the last Dr. Seuss TV special overall as well as the only one to be produced by Hanna-Barbera and after Dr. Seuss' death in 1991.

The Cat in the Hat narrates a story about a girl named Mayzie McGrew, who mysteriously has a daisy growing from her head! This happens during the school hours, so she's ridiculed by her friends, and speculated by her teacher, principal, parents, and any other adults confirmed of Mayzie's problem. The situation reaches its high point when Finagle steps in and offers Mayzie a place in stardom, based from the daisy in her head. Mayzie herself, for reasons unknown, takes the offer, not long before she finds out the hard way how fame & fortune can bring unhappiness. It's some time after her daisy disappears that Mayzie realizes that the love of her family & friends is what really matters. From that point on, things are back to normal (except for a few of Mayzie's daisy's occasional sprout up every now & then). 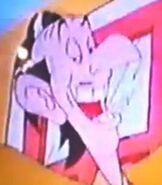 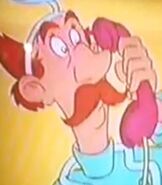 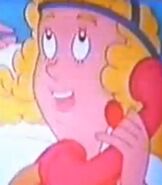 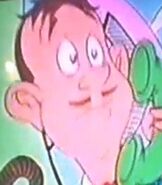 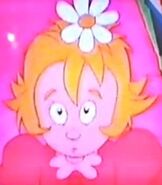 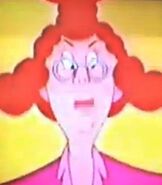 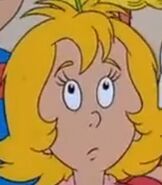 Add a photo to this gallery
Retrieved from "https://seuss.fandom.com/wiki/Daisy-Head_Mayzie_(TV_Special)?oldid=43731"
Community content is available under CC-BY-SA unless otherwise noted.