It was released in 1973. Theodor Seuss Geisel, better known as Dr. Seuss, published over 60 children's books over the course of his long career. Though most were published under his well-known pseudonym, Dr. Seuss, he also authored over a dozen books as Theo. LeSieg and one as Rosetta Stone. As one of the most popular children's authors of all time, Geisel's books have topped many bestseller lists, sold over 222 million copies, and been translated into more than 15 languages.[1] In 2000, when Publishers Weekly compiled their list of the best-selling children's books of all time; 16 of the top 100 hardcover books were written by Geisel, including Green Eggs and Ham, at number 4, The Cat in the Hat, at number 9, and One Fish Two Fish Red Fish Blue Fish, at number 13, and Dr. Seuss's ABC.[2] In the years following his death in 1991, several additional books based on his sketches and notes were published, including Hooray for Diffendoofer Day! and Daisy-Head Mayzie. Although they were all published under the name Dr. Seuss, only My Many Colored Days, originally written in 1973, was entirely by Geisel.

The old man and the boy are sitting a cactus and telling the story,the old man discusses an amusing litany of terrible predicaments which could befall a person, with the repeated admonishment that "you're really quite lucky". 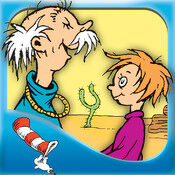 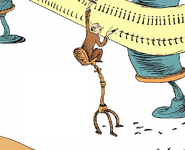 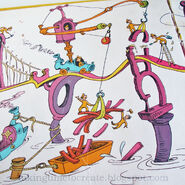 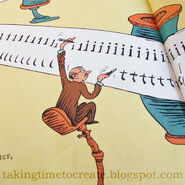 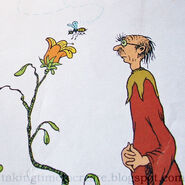 Did I Ever Tell You How Lucky You Are
Add a photo to this gallery
Retrieved from "https://seuss.fandom.com/wiki/Did_I_Ever_Tell_You_How_Lucky_You_Are%3F?oldid=41760"
Community content is available under CC-BY-SA unless otherwise noted.