The film was released by Universal Pictures and Imagine Entertainment on Friday 17 November 2000. It was the first Dr. Seuss book to be adapted into a full-length feature film.

Because the film is based on a children's book many additions were made to the storyline to bring it up to feature-length including some information about the backstory of the title character and reworking the story's minor character the Grinch as a main character.

Most of the rhymes that were used in the book were also used in the film, though some of the lines were to some degree changed, and several new rhymes were put in.

The film also borrowed some music and character elements (such as the Grinch's green skin tone) that originated in the 1966 animated television holiday special, How the Grinch Stole Christmas!

It won the Academy Award for Best Makeup, and was also nominated for Best Art Direction and Best Costume Design.

The people in Whoville enjoy celebrating Christmas with much happiness and joy, except the Grinch, who hatefully resents Christmas and the Whos.

He occasionally pulls dangerous and harmful practical jokes on them with vengeance. As a result, no one likes or cares for the Grinch. Meanwhile, a six-year-old girl name Cindy Lou believes that everyone is missing the point about Christmas by being more concerned about the gifts and festivities.

After her two brothers are scared off by the Grinch when they trespass on his domain, and she herself has a face-to-face encounter with the Grinch at the post office which he reluctantly saves her life and Cindy Lou becomes interested in his history. She then asks everyone what they know about him, and soon discovers that he has a tragic past.

The Grinch actually arrived in Whoville by mistake when he was a baby, and was adopted by two elderly sisters. Although he showed some sadistic tendencies as a child, he was rather timid and not cruel as he would become.

He was bullied by his classmates (particularly by Augustus Maywho, who grew up to be Mayor of Whoville) because of his appearance, with the exception of Martha May Whovier, whom both the Grinch and Augustus had feeling for.

One Christmas season, when he was eight, the Grinch made a gift for Martha, but attempted to shave his face after being made fun of for having a "beard," cutting himself by accident. When his classmates saw his face covered with shaving tape the next morning, led by Augustus they ridiculed him.

He lost his temper, trashed the classroom, and ran away to live on Mount Crumpit, a mountain north of Whoville.

Cindy Lou, touched by this story, decides to make the Grinch the main participant of the Whobilation, much to the great displeasure of Mayor Maywho, who reluctantly agrees after pressure from the townspeople, who have been warmed by Cindy Lou's generous spirit.

When Cindy Lou goes to Mount Crumpit and offers an invitation to the Grinch, he turns her down. He gradually changes his mind due to the promise of an award, the presence of Martha at the celebration and the chance to upset the Mayor.

Just as the Grinch is enjoying himself, Mayor Maywho gives him an electric shaver as a present, reminding him of his awful humiliation at school. Augustus then asks Martha to marry him, promising her a new car in return.

In response, the Grinch berates the Whos, and criticizes Christmas, claiming that the holiday is only about gifts that they will just dispose of later, in the hopes of making them too ashamed to celebrate the holiday.

The Grinch then goes on to ruin the party by burning the Christmas tree with a makeshift flamethrower, but his actions prove to be fruitless as the Whos have a spare tree which the Grinch sees them erect before he leaves. Mayor Maywho then harshly scolds Cindy Lou for inviting the Grinch, making her feel ashamed.

The Grinch, knowing that his attack has failed to remove the Whos' Christmas spirit, instead concocts a plan to steal all of their presents while they are sleeping.

Creating a Santa suit and sleigh with his own dog Max as a "reindeer", the Grinch arrives at Whoville, stealing all of the Whos' Christmas gifts. He is almost discovered by Cindy Lou, but lies to her in order to get away.

On Christmas morning, the Whos discover the Grinch's scheme, and the Mayor blames Cindy Lou for the whole disaster. However, her father, Lou Lou Who, the Whoville postmaster, finally stands up to him, and reminds everyone that they still have Christmas spirit, and that the true meaning of Christmas is to spend it with family and friends.

The people accept his fate and begin to sing. Hoping that the change of mood would inspire the Grinch, Cindy Lou goes to Mount Crumpit to find him.

The Grinch reveals that he intends to push the stolen gifts off the top of the mountain after he hears the Whos crying. However, instead of crying, he hears the joyful singing of the Whos.

Infuriated over the failure of his plan, the Grinch has an epiphany about what Christmas is really about: not material gifts, but spending time with loved ones, an insight that profoundly touches him, and causes his heart to grow to three times its original size.

When the sleigh full of stolen gifts begins to go over the edge of the cliff, the Grinch desperately tries to save them to no avail.

However, when he realizes that Cindy Lou has come to wish him a merry Christmas and is in danger of falling off the cliff with the sleigh, the Grinch finds enough strength to lift the sleigh, the gifts and Cindy Lou to safety.

After a long descent down Mount Crumpit, the Grinch returns to Whoville with Max, Cindy and the gifts. He confesses to the burglary, tearfully apologizes for his actions towards the Whos and surrenders himself to the police as they arrive, but the Whos reconcile with him, much to Mayor Maywho's dismay.

Martha turns down Augustus' proposal and decides that she would rather stay with the Grinch instead. The redeemed Grinch (along with Max) starts a new life with the Whos, commemorating the Christmas feast with them in his cave.

On September 26, 1999, it was announced that Ron Howard would direct and produce a 2000 American fantasy comedy Christmas film titled How the Grinch Stole Christmas or Dr. Seuss' How the Grinch Stole Christmas (promoted theatrically as The Grinch) with Brian Grazer and also with the budget of $123 million based on the 1957 story of the same name by Dr. Seuss which would be released in cinemas on November 17, 2000. Jeffrey Price and Peter S. Seaman would write the film. It was also announced that the film would star Jim Carrey (who plays the title character), Josh Ryan Evans, Taylor Momsen, Jeffrey Tambor, Ben Bookbinder, Christine Baranski, Landry Allbright, Bill Irwin, Molly Shannon, Frank Welker, Clint Howard, Reid Kirchenbauer, Mindy Sterling, Bryce Dallas Howard, Jim Meskimen, Jeremy Howard, Kelley and T. J. Thyne with narration by Anthony Hopkins. Universal Pictures acquired distribution rights to the film. James Horner would compose the music for the movie. Imagine Entertainment co-produced the film.

Rotten Tomatoes gave the film with a rating 53%, with the critical consensus reading, "Jim Carrey shines as the Grinch. Unfortunately, it's not enough to save this movie. You'd be better off watching the TV cartoon." On Metacritic, the film has a score of 46 out of 100, based on 29 critics, indicating "mixed or average reviews." Roger Ebert criticized the film, referring it as "a dank, eerie, weird movie about a sour creature who lives on top of a mountain of garbage, scares children, is mean to his dog, and steals everyone's Christmas presents," and saying, "There should be...a jollier production design and a brighter look overall... It's just not much fun."

The movie was influential enough for Univrsal Parks and Resorts to create versions of Whoville (one at Suess Landing at IOA, and the other in USH). Here, you can say hi to the Grinch and the Whos and get your picture taken with them. Even foods from the movie are available for consumption in these areas, such as Who Hash and Roast Beast.

The film garnered three Academy Award nominations, including Best Costume Design (Rita Ryack) and Best Art Direction (Michael Corenblith and Merideth Boswell), and nominees Rick Baker and Gail Rowell-Ryan won the Academy Award for Best Makeup. At the Golden Globes, Carrey was nominated for the Golden Globe Award for Best Actor – Motion Picture Musical or Comedy, losing the award to George Clooney for O Brother, Where Art Thou?. The film won a Saturn Award for Best Music. However, it was also nominated for two 2000 Golden Raspberry Awards for Worst Remake or Sequel and Worst Screenplay, but lost to Book of Shadows: Blair Witch 2 and Battlefield Earth respectively.

Inside a snowflake like the one on your sleeve, there happened a story you must see to believe.

Yeah. There's nothin' like the holidays. Who wants the gizzard? I do. Too late. That'll be fine.

Universal Pictures and Illumination Entertainment have announced they are working on a computer-animated remake of the film. Peter Candeland is set to direct, following the remake to The Cat in the Hat, with Illumination CEO Chris Meledandri producing and Audrey Geisel, widow of Dr. Seuss author Theodor Geisel, will executive produce. It was released on November 9, 2018. 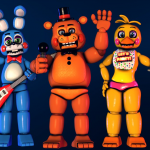 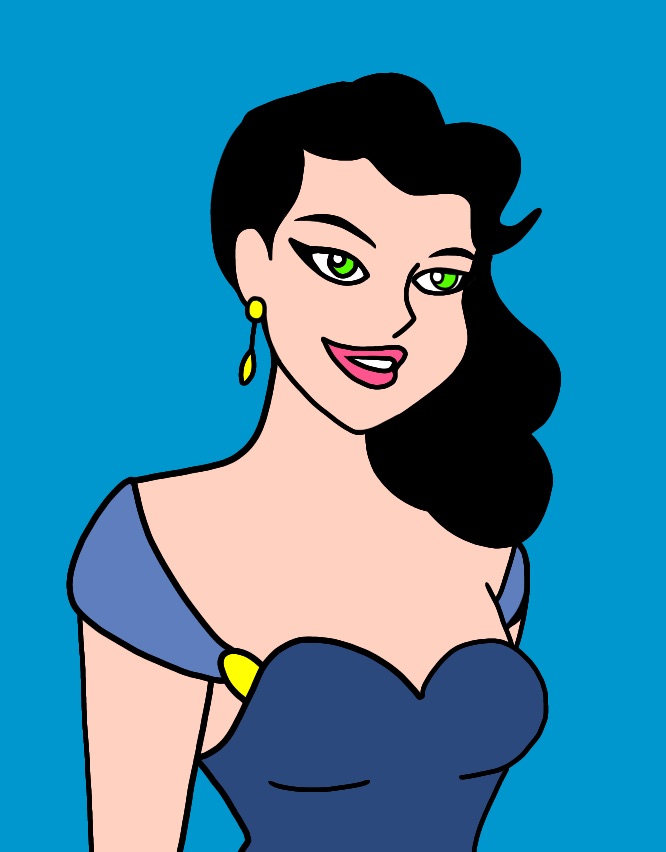