Celebrate sleep with Dr. Seuss’s classic rhyming good-night picture book. Van Vleck, a very small bug, is getting sleepy, and his yawn—contagious as yawns are—sets off a chain reaction, making all those around him feel sleepy, too! With typically Seussian nods to alarm clocks, sleepwalking, and snoring, this charming ode to bedtime will lull listeners (and readers) toward dreamland. Zzzzzzzzzz.

This book begins with a small bug, named Van Vleck, yawning. This yawn spreads (as yawns are terribly contagious) and then the book follows various creatures, including the Foona-Lagoona Baboona, the Collapsible Frink, the Chippendale Mupp, the Offt, and the Sleepwalking Curious Crandalls, throughout the lands who are sleeping, or preparing to sleep. Towards the end of the book the sleepers in the world are recorded by a special machine ("The Audio Telly O-Tally O-Count"). A Warning is printed on the inside cover of the book that "this book is to be read in bed" as it is intended to put children to sleep. The final line of the book is a simple, unmetered "Good night".

On the Dr. Seuss video classic version of this book, before the scene goes to where you'll see Van Vleck, the page from the beginning of this book is used first instead where you you will see two long tailed strange creatures hanging upside-down on a tree as they are asleep, the first one wakes up and narrates the story revealing that this long tailed creature might be a woman, due to being voiced by the late Madeline Kahn in 1992. 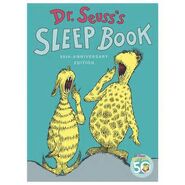 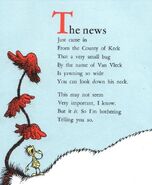 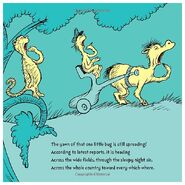 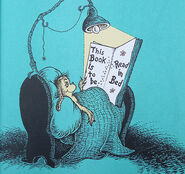 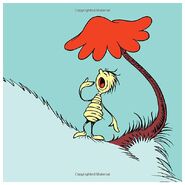 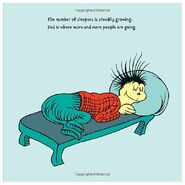 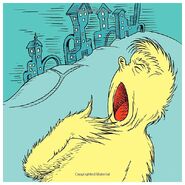 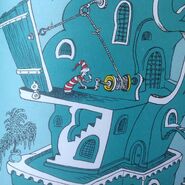 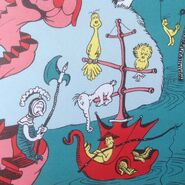 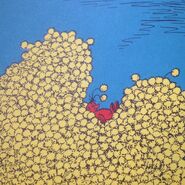 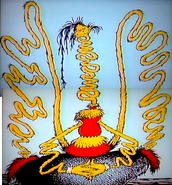