Halloween Is Grinch Night is a Dr. Seuss TV Halloween special first aired in 1977. It features the title character from How the Grinch Stole Christmas! (TV Special).

The story takes place in Whoville, on a night known as "Grinch Night", which commences when a cold weather front named by the Whos as "Sour-Sweet Wind" starts blowing. The weather causes a chain of events which begins by disturbing the Gree-Grumps and the Hakken-Krakks, whose growling and howling also disturbs and causes The Grinch into terrorizing the Whos. Euchariah, Obediah, and Methiah are staying with their grandparents Josiah and Mariah. They are ordered inside by Mariah when the wind starts blowing. They bring their plants inside, shut and lock their doors and windows, and the rest of the town does the same thing. Euchariah, who has a slight astigmatism, suggests to call "The Grinch Alarm Warden". They use their emergency and weather broadcast system device do dial the frequency "Area Code Five. One. Nine. Double Oh. Six.". Sargent Samuel S. MacPherson answers. Much of the time is spent monitoring The Grinch, who is preparing his Paraphernalia Wagon and hunting a Wuzzy Woozoo. Euchariah's astigmatism becomes a running gag. Later, he goes to use the outhouse (referred to as "the euphemism" in the story), but is swept away to Mt. Crumpit by the wind.

On the road he encounters the Grinch, who is busy picking Brickles out of his fur after failing to hunt down the "Wuzzy Woozoo". Along with the Grinch's dog, Max , who is in the process of bringing a large wagon — called the "Paraphernalia Wagon"— down to Whoville. Euchariah decides to stall the Grinch from reaching Whoville. After three attempts to stop The Grinch, he orders Euchariah to join him on the wagon to see how well he can tolerate the monsters.

Inside the wagon, Euchariah are confronted by psychedelic and surreal imagery, numerous monsters  and the Grinch's mocking voice. Though scared out of his wits, Euchariah bravely keeps on his toes long enough for the Sour-Sweet Wind to die down, thus forcing the Grinch to pack up and retire to his cave. Max on the other hand, who had been abused and overworked by the Grinch, goes home with Euchariah. Back in Whoville, the residents (including Euchariah's grandfather Josiah, his grandmother Mariah and his younger sister and brother Obediah and Methiah) celebrate the little Who's courage in preventing the Grinch releasing the Paraphernalia Wagon's full horrors on their town and up in the mountains the Grinch, who is hauling the wagon home himself, ominously notes that one day there will be another Grinch Night when the Sour-Sweet Wind blows once more.

The special was first released on VHS by Playhouse Video in 1985. It was reprinted on VHS by said distributor in 1989 as well. In 1992, it was released by Random House Home Video on VHS under the title It's Grinch Night. It was also released on VHS by CBS Video through 20th Century Fox Home Entertainment in 1996 under the title Grinch Night. The special was also released as a bonus special on the 1998 VHS of Dr. Seuss on the Loose, as well as the 2003 VHS and DVD releases of said special from Universal Studios Home Entertainment under its original title (though the packaging and menu still referred to it as Grinch Night). On September 23, 2012, the special was released on DVD by Warner Home Video under Dr. Seuss's Holidays on the Loose!, along with How the Grinch Stole Christmas! and The Grinch Grinches the Cat in the Hat. On October 23, 2018, it was released on blu-ray by Warner Brothers as an extra on Dr. Seuss' How the Grinch Stole Christmas: The Ultimate Edition, along with The Grinch Grinches the Cat in the Hat. Both extras were remastered for this release. 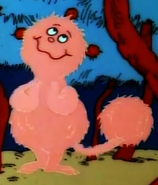 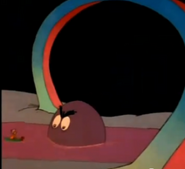 How Long is the tail of a Zong