Icabod and Izzy are yellow sibling creatures who appeared in Dr. Seuss' ABC. Icabod is Izzy's older brother and Izzy is Icabod's younger sister. While Icabod's name was mentioned in the book, his younger sister Izzy was unnamed until the ABC software by Living Books.

They both adventure together to find what begins with each letter of the alphabet. Icabod's birthday is revealed to be in May. Icabod also has three costumes (a cowboy, a cook and a captain) that he keeps in his costume closet.

Icabod and Izzy's father in a pail 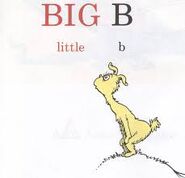 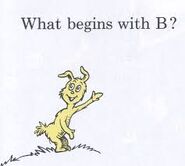 Add a photo to this gallery
Retrieved from "https://seuss.fandom.com/wiki/Icabod_and_Izzy?oldid=42391"
Community content is available under CC-BY-SA unless otherwise noted.