Dr. Seuss Wiki
Register
Don't have an account?
Sign In
Advertisement
in: Characters, How the Grinch Stole Christmas!, Dr. Seuss Characters,
and 10 more

Max is the dog and companion of The Grinch, originally appearing as the secondary antagonist in the book How the Grinch Stole Christmas. Max is also a prominent character in the television special, the film adaptation and the musical adaptation, See The CGI Version of Max (2018).

In the television special, Max has slightly changed in appearance, mainly in his face. He was voiced by Dallas McKennon, then voiced by Henry Gibson and now Frank Welker (narrator of "Max's Playhouse" DVD segment "The Care and Feeding of a Grinch"). His only two speaking lines are "Yipe!" and "Raaaahhh!" performed by Dallas McKennon, while being hit by the Grinch's whip. He has brown curved ears and tan fur. 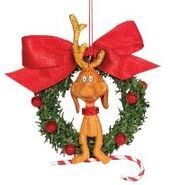 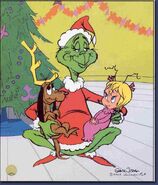 Max, The Grinch & Cindy Lou Who 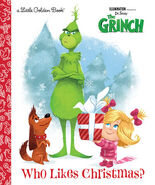 Bed Time With The Grinch Fred The Reindeer & Max

Max got Frozen from searching the reindeers

Groopert and Ozzy petted Max (Except for Izzy and Axl)
Community content is available under CC-BY-SA unless otherwise noted.
Advertisement