Mr. Brown Can Moo! Can You?: Dr. Seuss's Book of Wonderful Noises! is a book written by Dr. Seuss and published in 1970.

This Book was also used in the Random House Home Video Series which entitles as "Dr. Seuss Beginner Book Video" along with two other books Dr. Seuss's ABC and I Can Read with My Eyes Shut!

A man named Mr. Brown learns to imitate sounds and noises from animals, insects and other unusual things. 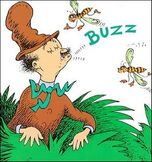 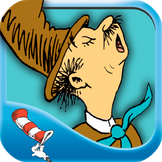 Add a photo to this gallery
Retrieved from "https://seuss.fandom.com/wiki/Mr._Brown_Can_Moo!_Can_You%3F?oldid=43170"
Community content is available under CC-BY-SA unless otherwise noted.