One Fish Two Fish Red Fish Blue Fish is a book written by Dr. Seuss in 1960. A simple rhyming book for learner readers, it is a book with a freewheeling plot about a boy and a girl (who do not appear to be Conrad and Sally from The Cat in the Hat) but appear to be Jay and Kay as thier names are later revealed from the book "What Pet Should I Get?", and the many amazing creatures they have for friends and pets.

Rik Mayall narrated this story as part of a HarperCollins audiobook that also includes The Lorax, Dr. Seuss's ABC and How the Grinch Stole Christmas.

Based on a 2007 online poll, the National Education Association named the book one of its "Teachers' Top 100 Books for Children.

The book was the basis of a theme park attraction located at Universal's Islands of Adventure in the Seuss Landing area of the park, called "One Fish Two Fish Red Fish Blue Fish". The attraction has riders enter vehicles based on various colored fish from the book, and they must follow directions given on the ride to avoid getting wet. However, on days when it is too cold, the ride will operate without the water. The ride was constructed by the German attraction builder Zierer.

This book was also used in the Random House Home Video Series which entitles "Dr. Seuss Beginner Book Video" along with two other books which included Oh the Thinks you can Think! and The Foot Book. 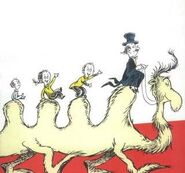 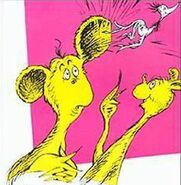 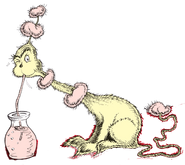 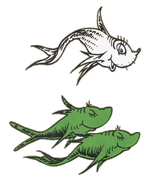 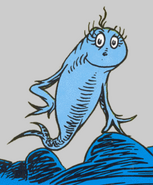 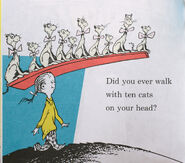 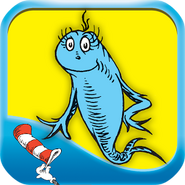 Video Book, which also features Oh, the Thinks You Can Think! and The Foot Book. 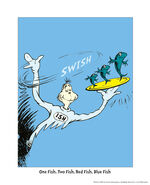 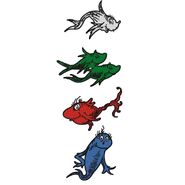 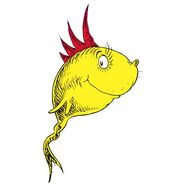 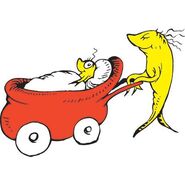 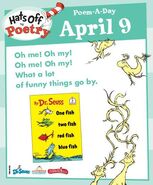 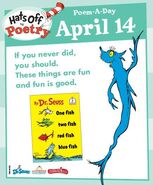 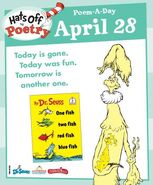 "Funny Fishes!"
Add a photo to this gallery

Add a photo to this gallery
Retrieved from "https://seuss.fandom.com/wiki/One_Fish_Two_Fish_Red_Fish_Blue_Fish?oldid=43702"
Community content is available under CC-BY-SA unless otherwise noted.