Start a Wiki
Sally's Brother, named Conrad in the 2003 film, is a character and the narrator in The Cat in the Hat. He is shown with his little sister, Sally and in the movie he is the son of Joan Walden. In the books from The Cat in the Hat's Learning Library, he was given the name Dick, then it was later changed to Conrad, which is kept in the PlayStation/GameBoy Advance game by NewKidCo. In the The Cat in the Hat 2003 (film), his name is Conrad and he is portrayed by Spencer Breslin.

In the original book, it's 1971 TV special and The Cat in the Hat Comes Back, he is portrayed as a regular and well behaved kid. In the live action film, he is a destructive and misbehaved twelve-year-old. As a running gag, the Cat constantly calls him names other than Conrad.

His name wasn't revealed in the book because he's the narrator or in the cartoon because the credits don't list the characters' names. But in the film version, he was given the name Conrad.

In The Cat in the Hat's Learning Library Books, he was given the name "Dick" before the name was later changed to Conrad.

Conrad and Sally in the Cat in the Hat (film) 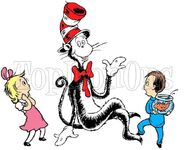 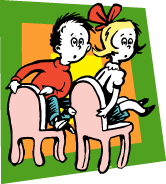 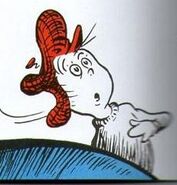 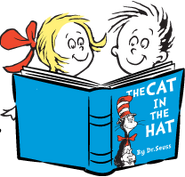 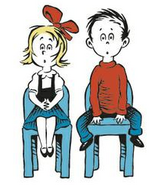 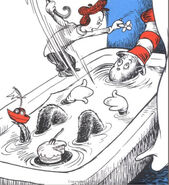 Add a photo to this gallery
Retrieved from "https://seuss.fandom.com/wiki/Sally%27s_brother?oldid=39718"
Community content is available under CC-BY-SA unless otherwise noted.