The Bippolo Seed and Other Lost Stories is a collection of seven illustrated stories by children's author Dr. Seuss published on September 27, 2011. Though they were originally published in magazines in the 1950s, they had never been published in book form and are quite rare, described by the publisher as "the literary equivalent of buried treasure". The stories were discovered by Charles D. Cohen, a Massachusetts dentist and a Seuss scholar/biographer, who also contributed an introduction to the collection.

The seven stories included in the book are:

The story "Gustav the Goldfish" was the basis for A Fish Out Of Water, written by Helen Palmer Geisel (Seuss' first wife), and published in 1961. 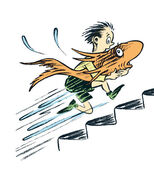 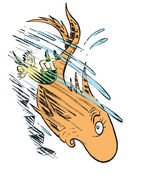 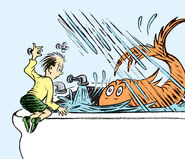 Add a photo to this gallery
Retrieved from "https://seuss.fandom.com/wiki/The_Bippolo_Seed_and_Other_Lost_Stories?oldid=41436"
Community content is available under CC-BY-SA unless otherwise noted.