The Foot Book is a book written by Dr. Seuss. It's intended for young children, and it seeks to convey the concept of opposites through depictions of different kinds of feet. The text of The Foot Book is highly stylized. containing the rhymes, repetitions, and cadences typical of Dr. Seuss's work. Reading this book will teach the reader that you should not judge any one because of what they look like or in this case their feet.

The Foot Book is Seuss's first in the Bright and Early Books series, intended for children too young for books in the Beginner Books series. Its was also his first book after the death of his wife Helen Palmer Geisel, and Seuss put in eight-hour days working on it as a way of coping with his loss. The Foot Book was extremely successful, and as 1997, it was in its 52nd reprinting.

This book was also used in the Random House Home Video Series which entitles "Dr. Seuss Beginner Book Video" along with two other books One Fish Two Fish Red Fish Blue Fish and Oh the Thinks you can Think.

This book was seen in Stinko Foot: The Movie. 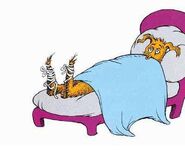 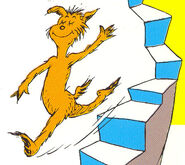 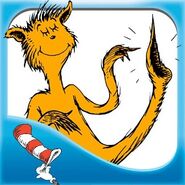 Cover Inside "My Big Book of Beginner Books About Me"

Add a photo to this gallery
Retrieved from "https://seuss.fandom.com/wiki/The_Foot_Book?oldid=41114"
Community content is available under CC-BY-SA unless otherwise noted.