watch 02:15
The Grinch: Official Trailer
Do you like this video?

The Grinch is the titular redeemed protagonist anti-hero from the computer-animated film Dr. Seuss' The Grinch based on the book of the same name by Dr. Seuss and the remake

He's voiced by Benedict Cumberbatch as an adult who also plays Doctor Stephen Strange and Classified from Penguins of Madagascar: The Movie.

Like the live action version (except getting bullied), he was a orphan and he was really sad that he have no one to celebrate Christmas with since he wasn't adopted and didn't fit in with the people of Whoville. So he left Whoville and live at Mt. Crumpit for 53 years.

Even though he's being mean to the people of Whoville, he still has some goodness to his dog Max unlike his previous version. While he's still hating Christmas, he somehow secretly wishes to fit in with the people of Whoville after remembering his sad childhood past. But he keeps denying it since he doesn't know the true meaning of Christmas and his heart was still 2 sizes too small.

Since we know his story, he disguises himself as Santa, steals the Christmas goodies, bumps into Cindy and finally steals Christmas by dumping it at the top of Mt. Crumpet which he later realized what he have done after hearing them singing without presents and lights.

After his heart grew, he saves the sleigh and take them back to Whoville by apologizing to the people for his selfish motives and realize the true meaning of Christmas.

After returning all of the gifts, Cindy also invited him and Max to join Christmas dinner with her and her family which surprises The Grinch that he wasn't invited before.

So he did and he finally fits in with the people of Whoville along his dog, Max.

The second trailer reveals that The Grinch spent most of his childhood life in a Whoville orphanage with no one to celebrate Christmas while the Whoville are celebrating Christmas without him and he wasn't adopted either.

So, just like the live action movie except being bullied, he left Whoville and live at Mt. Crumpet for 53 years later ever since.

53 years later, The Grinch hatches a scheme with his trusted canine Max to ruin Christmas when the residents of Whoville plan to make their annual holiday three times bigger that year.

Meanwhile, Cindy Lou Who plans to seek out Santa Claus to thank him for helping her widowed mother every Christmas, but little does she know that she's trying to blow the Grinch's cover.

The Grinch as a young kid 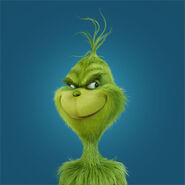 The Grinch's backstory: He was a orphan, but didn't celebrate Christmas since he didn't get adopted and it make him feel bitter and cold hearted by hiding his sadness when he became an adult. 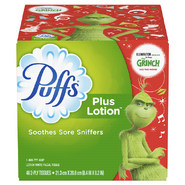 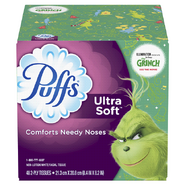 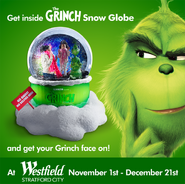 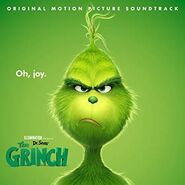 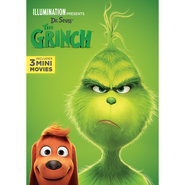 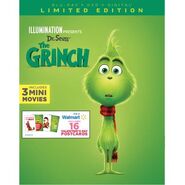 Add a photo to this gallery
Retrieved from "https://seuss.fandom.com/wiki/The_Grinch_(2018)?oldid=43709"
Community content is available under CC-BY-SA unless otherwise noted.