Speaks for the trees

The Lorax is the namesake of the book The Lorax, its adaptations, the 1971 TV Special, and the animated film. He was voiced by Bob Holt (TV Special) and Danny DeVito (2012 film).

The Lorax is a small, orange creature. He has fluffy fur and what seems to be a pale yellow moustache which he uses to soak up all the spoof of the creatures in the woods.

He's a caring creature who loves the environment. He also shows that he has feelings for the Forest Animals and The Once-ler for when he tries to warn him that cutting down the trees is bad for the environment and could affect the whole world. But The Onceler didn't listen, He just went on cutting down the trees anyway. But still, even though The Lorax may seem mean and grumpy. He has a good heart. Just don't judge his instincts or trigger him by doing something he doesn't like. And he is also known as thoughtful, hard-working, earnest, loving, and selfless. In the movie he is shown to be kind of annoying and nagging. 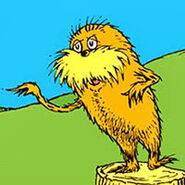 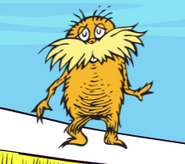 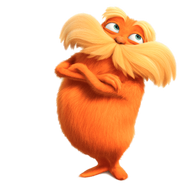 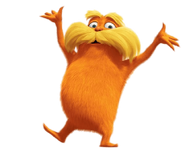 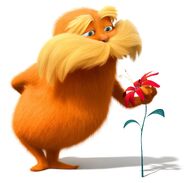 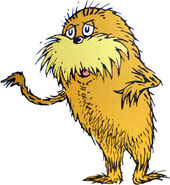