The Wubbulous World of Dr. Seuss is a show produced by The Jim Henson Company focusing on characters from the Dr. Seuss books translated into puppet characters. The cast of characters featured Seuss' well-known characters, specifically The Cat in the Hat, who was the host of the show, Horton, and on occasion, the Grinch. New characters and storylines were often added but primarily remained similar to the books.

All of the puppets were made by the Muppet Workshop and was filmed in front of a blue screen, with whimsical CGI backgrounds by Silicon Graphics added later.

The series aired on Nickelodeon's Nick Jr. block from 1996 to 1998. It also reran on Noggin and on former California PBS affiliate KCET. Its two seasons are currently available for streaming. 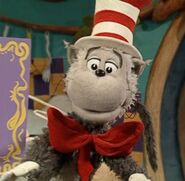 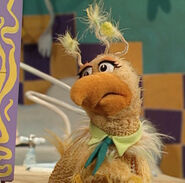 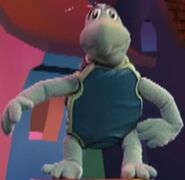 Retrieved from "https://seuss.fandom.com/wiki/The_Wubbulous_World_of_Dr._Seuss?oldid=43890"
Community content is available under CC-BY-SA unless otherwise noted.