There's a Wocket in my Pocket!

There's a Wocket in My Pocket is a short children's book by Dr.Seuss. It features a little boy talking about what strange creatures live in his house, such as the yeps on the steps, the nooth grush standing on the toothbrush, the yottle in the bottle and a Nureau in a bureau.

Children will adore this rhyming story that describes imaginary creatures you can find around his house. Like the little zlocks behind the clocks, or the furry zowers who take up the shower. The fun and playful illustrations and the boy's light hearted perspective shows children that they don't have to be scared of the unknown. In fact this boy likes his creatures just the way they are. . . well most of them!

The original story was published in 1972. There is also a 1996 republication which, contrary to popular belief, is exactly the same as the original.

This Book was also used in the Random House Home Video Series which entitles as "Dr. Seuss Beginner Book Video" along with two other books "The Cat in the Hat Comes Back" and "Fox in Socks". 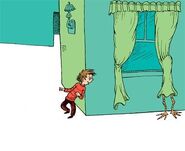 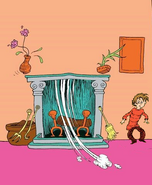 And that Quimney Up the Chimney

But the Yeps on the Steps they are good fun to have around.

And so are so are many many others friends thatI have found...

And the GEILING on the CEILING

And The ZOWER in my SHOWER??

And the ZILLOW on my PILLOW, 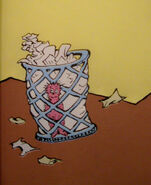 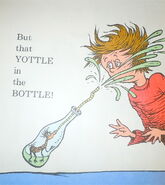 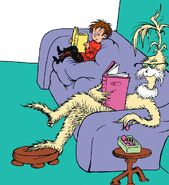 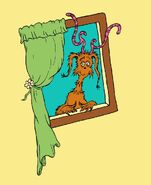