"What Was I Scared Of?" tells the tale of a character who repeatedly meets up with an empty pair of pale-green pants. The character, who is the narrator, is initially afraid of the pants, which are able to stand on their own despite the lack of a wearer. However when he screams for help, the pants also start to cry and he realizes that "they were just as scared as I!" The empty pants and the narrator become good friends.

Unlike the other three stories in this collection, "What Was I Scared Of?" is written in trochaic tetrameter, which is the other meter that Dr. Seuss typically used.

Oceanhouse Media published this book to be used as an app on Iphones, Ipod Touch, Ipad and Android apps. 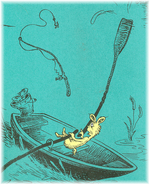 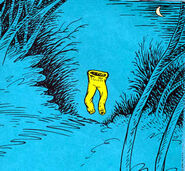 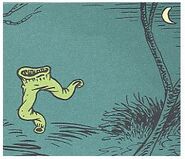 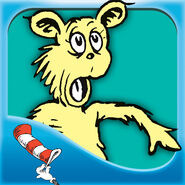 Add a photo to this gallery
Retrieved from "https://seuss.fandom.com/wiki/What_Was_I_Scared_Of%3F?oldid=39995"
Community content is available under CC-BY-SA unless otherwise noted.