You're Only Old Once!: A Book for Obsolete Children is a 1986 picture book for adults by Dr. Seuss (Theodor Seuss Geisel). Released on Geisel's eighty-second birthday, the book follows an elderly man on a visit to the Golden Years Clinic, where he endures long waits and bizarre medical tests. You're Only Old Once! was written shortly after Geisel had suffered through a series of illnesses, during which he spent a considerable amount of time in hospital waiting rooms. To pass the time, he began sketching images of hospital machines and scenes of medical procedures. He later began to work those ideas into a book. Geisel quipped that he was "fed up with a social life consisting entirely of doctors".  You're Only Old Once! was Seuss's first adult book since The Seven Lady Godivas was published in 1939. The Seven Lady Godivas sold fewer than 500 copies when it was first released, but You're Only Old Once! reached #1 on the New York Times Best Sellers List, and remained on the list for over 60 weeks. 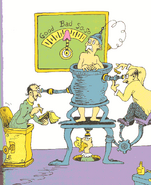 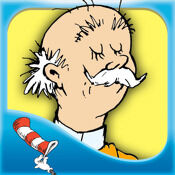 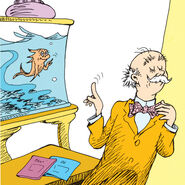 Add a photo to this gallery
Retrieved from "https://seuss.fandom.com/wiki/You%27re_Only_Old_Once!?oldid=34892"
Community content is available under CC-BY-SA unless otherwise noted.